Measurement and characterisation of individual differences in need for cognition.

This thesis investigated the measurement of differences between people in tendency to engage in effortful thought. Findings from this research will improve measurement in future research, while also providing insights into the motivation behind this tendency, with implications for diverse applications such as education, career selection, and prejudice.

Need for Cognition (NFC) is a widely utilised construct in the psychological literature, however the construct itself is poorly understood. While the progenitors of the widely utilised self-report scale describe the construct as reflecting individual differences in the tendency to engage in and enjoy effortful cognition, there is no consensus on the specific motivation underpinning these differences. A clear model of this individual difference would allow for accurate prediction of the conditions under which this tendency is most strongly manifest, but also how it might be promoted. This thesis seeks to develop a more complete representation of what it is to vary in NFC though systematic review of the literature regarding the NFC scale’s dimensionality; empirical evaluation of the factorial structure of the NFC scale in two samples; and examination of the proximate behavioural products of NFC in both lab settings and ecological contexts.

To address this, factor analysis was conducted on the full-length scale in two independent samples using consistent methodology. As such, consistency (or lack thereof) in the factorial solutions derived in the two samples should reflect either the presence of replicable factors or demonstrate that previously observed multifactorial solutions are a function of incomplete optimisation of the NFC scale. Results favoured the latter, suggesting that there is one replicable factor in the NFC scale reflecting tendency to engage in effortful cognition; this duly did not provide insight into the drivers of this behaviour.

Further insight into the motivation underpinning NFC was sought, specifically evaluating the model of NFC as differences in enjoyment of the process of effortful cognition. In a controlled (lab) setting, NFC was shown to not be associated with either the persistence with puzzle tasks or enjoyment of educational videos, suggesting that the impact of NFC on engagement might not be as universal as would be expected if it indexed the degree to which effortful cognition was intrinsically enjoyable.

To obtain a better understanding of NFC outside of lab settings, an Ecological Momentary Assessment (EMA) study was undertaken, examining the frequency and quality of engagement in effortful cognition in real-world contexts. This further permitted the validation of the prior study’s findings. The results of this study show that the NFC scale predicts engagement in effortful cognition in ecological settings, but none of the enjoyment thereof, effort invested, or the attribution to internal causes, despite there being individual differences in tendency for these latter outcomes.

This program of research therefore is able to conclude that the 18-item short form scale is better considered as an optimised measure, where the longer measures are liable to include additional error. Further, while individual differences exist in the tendency to engage in effortful cognition, the enjoyment thereof, as well as the investment of effort and attribution bias for this engagement, the NFC scale only predicts engagement. While these results particularly do not support the enjoyment of process account of intrinsic motivation in NFC, more broadly they suggest that differences in behaviour associated with NFC may be driven by both intrinsic and extrinsic motivations. Potential avenues for promoting effortful cognition remain through the increased exposure to complex cognitive tasks. 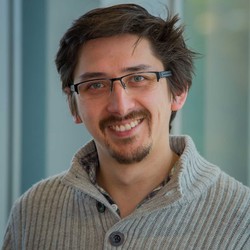 My research interests include Misinformation, Psychometrics, and Open Research practices.